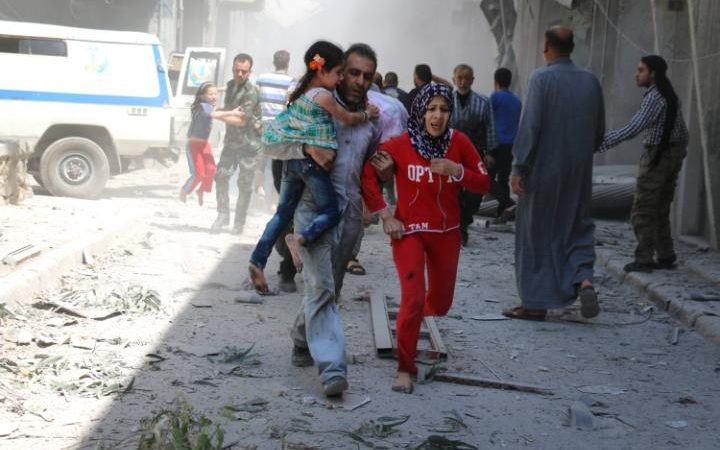 Roy Gutman (Pulitzer prize winning reporter for A Witness to Genocide, on the 1993 ethnic cleansing of Bosnia) wrote a piece on July 12th on how the last supply route into Aleppo was cut under Syrian regime and Russian aerial bombardment, supported by Iranian troops on the ground –‘Assad Cuts the Last Road to Aleppo and Moves in for the Kill’:

Meanwhile the Irish Times op. ed. from Peace and Neutrality Alliance (PANA 15th July) calls for a ‘partnership with Russia’! It totally ignores Russian war crimes in Syria, as does a follow-up letter published on the 16th July:

A. Leavy (Letters Irish Times 16th July 2016 http://www.irishtimes.com/opinion/letters/a-partnership-with-russia-1.2723662A partnership with Russia?) states that Peace and Neutrality Alliance chairman Roger Cole’s call for ‘partnership with Russia’ (Roger Cole, ‘Corbyn will win contest and be prime minister’, Opinion & Analysis, July 15th) omits mention of Russian aggression in Ukraine. Neither Mr. Cole nor Mr. Leavy however mention Russian war crimes in Syria. According to Tirana Hassan, Crisis Response Director of Amnesty International, ‘Syrian and Russian forces have been deliberately attacking health facilities in flagrant violation of international humanitarian law. But what is truly egregious is that wiping out hospitals appears to have become part of their military strategy.’ The removal of this vital lifeline has meant that local populations have had no choice but to flee -clearing important areas of ‘problematic residents’, a deliberate regime and Russian strategy according to Syria analyst Emile Hokayem.

Starvation sieges are another means of breaking the population -the regime, aided by Iranian and Hezbollah forces have now surrounded 400,000 people trapped in east Aleppo.